Hi, my name is Maraya Star Adams and I'm a 17-year-old girl who was diagnosed with autism, OCD, and a visual impairment.

My Life with Autism

Around 10:30 pm on Friday, December 8, 2000, I was born at a hospital in Riverdale, Georgia. But because the doctors said I had yellow skin and breathing problems, I had to stay in the hospital for five extra days, which meant that I came home on Wednesday, December 13, 2000.

Then on the first three weeks of second grade, I went to Palmetto Elementary with my sister, Haley. But while we were there, problems occurred. My sister was being picked on because she was about the only one who was white, and so was I. So that's why after three weeks passed we went to Northside Elementary.

For my third, fourth, and fifth grade years, I then went to Arbor Springs Elementary, which was absolutely the best elementary school ever. Next, I went to Madras Middle School for three years, and now, I go to Northgate High School as a junior there.

When I was two years old, I wasn't talking still, and I was also doing a few repetitive behaviors, like flapping my hands and standing on my tiptoes when I was excited. My parents weren't sure what was wrong with me, so they took me to the doctor, and that's when I was diagnosed with autism.

But however, I didn't find out I actually had it until I was 12 years old in October 2013.

Sensory issues were another issue I had until now. Before I was 17, I was hypersensitive with all of the senses, except touch.​​​​ 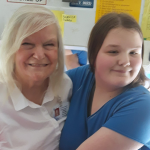 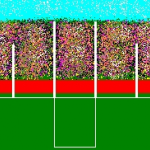